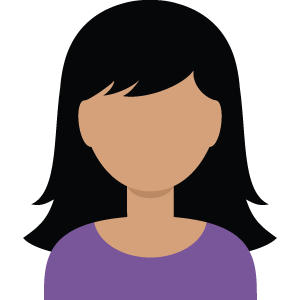 Hello and welcome to my blog. My name is Mary. I love to write, and I know a lot about landscaping from personal experience. As a result, when I decided to create a blog, it just made sense to write about landscaping. Over the years, I have done everything from building retaining walls to making fairy gardens, and in this blog, I plan to include a unique range of articles on a plethora of landscaping topics. My hope is that these posts will inspire you to improve your landscaping and make your home feel more welcoming. Please, stay and read as long as you like, and if any of my posts move you, I invite you to share them.

A home on a hill or slope overlooking the valley a …

Land Clearing – Should You Opt For Hydro Excavation Services?
27 March 2018

Land clearing is a vital aspect of an assortment o …

When it comes to landscaping, you could choose two …

If you are an ordinary homeowner, you can probably …

Ask any turf specialist worth their salt about the best weather for laying a new turf lawn, and they'll tell you to lay your turf in spring or autumn, when the cool temperatures and damp soil allow turf grass to establish itself quickly and effectively. However, common wisdom espoused by European and American gardeners doesn't always apply to Australian horticulture, and the punishing climate can make successfully laying turf at any time of year a difficult prospect, particularly in very hot and dry areas in the west and north. Luckily, there are a number of ways you can help your turf take root in sun-baked soil and survive its first, difficult summer.

Turf is at its most vulnerable to heat while it is still rolled, so minimising the amount of time the turf spends between farm soil and your soil is essential to a successful summer turf lay. Turf that stays in rolls for too long will quickly begin to rot, and while slightly yellowed turf can usually be salvaged, your turf will be unusable past a certain point of decomposition. This generally precludes the option of buying your turf off the shelf in a garden supply shop, where you have little way of knowing how long the turf has been sat in the heat. Instead, buy your turf delivered directly from the farm to your property by a turf supply company.

There is also the issue of where to keep your turf rolls while you're laying your lawn. Ideally, you should keep them in a cool, relatively dry area such as a shed or the back of a covered truck, but these measures can only protect your turf for so long, so it's important to start laying your turf as soon as it arrives.

Though you might be tempted to get ahead of the game by watering your turf while it's still rolled, don't -- the bacteria within will thrive on the additional moisture, and quickly turn your turf into expensive compost. Instead, pre-water the ground you're laying your turf on evenly and thoroughly, ideally just before your turf is delivered. Be careful to avoid waterlogging your ground, and keep an eye out for patches of hydrophobic soil in particularly dry areas.

Each of your turf strips should be watered as soon as they're laid and before the next strip is laid down, to irrigate and cool the turf while you're laying the rest. Once completed, your fully-assembled lawn may benefit from another immediate watering, and the lawn should be watered nightly for at least 2-3 weeks after laying, to give grass roots the best chance of establishing themselves firmly in the soil.